Closed captioned icon
View audio transcription
My name is Stefan Kulesza. Born 1917. Born in Ostrow, Komorowo [Poland]. My father died when I was four. I was helping my mother the best I could. I was helping her with the house. I would help in the field, garden. I was arrested because they [Nazis] suspected I was a partisan... but I wasn't one. 4 o'clock in the morning and we were standing there until 12 noon... in the snow and frost bare head. Just shirt and no shoes... barefoot no shoes outside. Snow, frost outside. 20 below zero. I was lucky that I lived. For breakfast we had bread for all day, just a bit of bread. I got the bread, I ate it and I stood there looking around. I was hungry. So they moved me from there to work as a bricklayer. They gave me shoes and a uniform. I was feeling good because I had a jumper and they got me dressed. After that, I started living better. They put the numbers on my arm. They didn't only put it on Jews, but everybody, so that if you tried to escape they could find you... they would look for the number. ...when someone tried to escape they would kill them and place the bodies so that when the prisoners walked by, everyone could see that if you ever tried to do the same thing, it would happen to you. They were giving an example that you would get shot. There was no chance. I wasn't thinking about escaping because I had a good job as a bricklayer. I felt alright. In 1934 when they (the Nazis) were taking Jews to be burned, they were first locking them in an underground basement, and from that moment they [the Nazis] didn't care. They stripped them [the Jews] naked and then they [the Nazis] were driving the Jews towards the crematorium. The Jews were just asking "Pray for us, pray for us" as they were being taken to the crematorium. Once they started the crematorium, the fire was up to the forest. The crematorium was always on, always smoking. They were bringing the Jews by transport. They were taking them supposedly for a shower but it wasn't the shower, they were releasing the gas and then the crematorium and then the next transport. They only needed one hour to kill the Jews. Only one time they made a mistake at the train station. One woman knew she was going to die... she took a gun but then the Germans quickly controlled the situation. And then they took her straight to the crematorium. After the War has ended, I was in Germany in the transition camp. I was on the American side of the transition camp. It was good there. Nothing to do. I was just waiting for the departure overseas. It was good in that camp. Every day there was dancing and music. At the beginning I wanted to go to America. They were not taking people to America. Only Australia. But the colonel said... "Australia might even be better than America". I listened to him and I put my hand up for Australia. 1949 I came forward as a bricklayer. They needed someone so I started working for the government. Later on, I was working for myself. As a bricklayer I had a lot of work. The workers were earning $6/day. And I could get 1,000 bricks for $16. I used to build a house in 7 days by myself 500 bricks a day... Roughly. One day... 2,000. One day. I put. Only one day in my life. But life was better here. For one dollar you were able to get a lot. Five dollars got you a whole basket of groceries. Better life. Get up at 6 o'clock and keep moving. No sitting. No time to sit. No bludging. Always work, always moving. Save to buy something in the future. House... I bought four houses. I like to buy them and help someone to buy. No waste. Only to buy. No money given for spending... Only for the future. Saving for something. Up to now I always say "save". For something important I have my money. I never go to the bank. I go to my bank.

"I was lucky that I lived"

The very first interview for The 100 Project! Stefan’s building skills helped him survive incarceration and flourish in his new home, Australia. 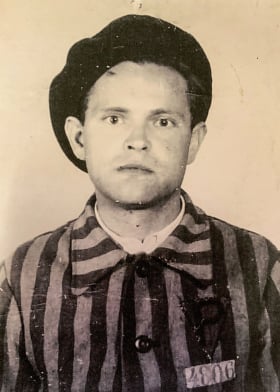 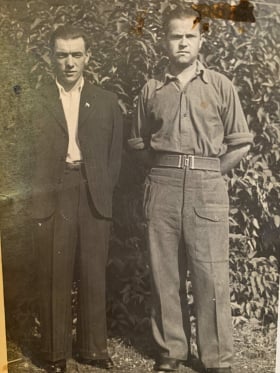 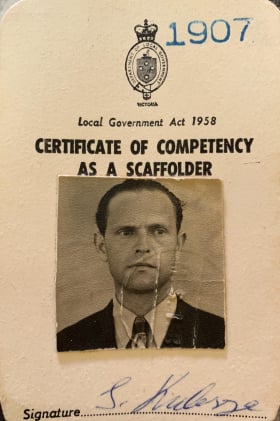 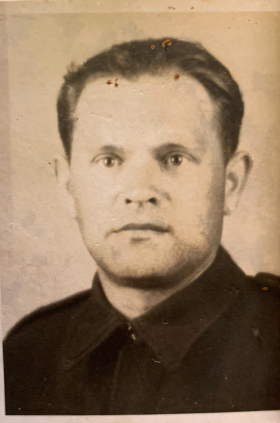 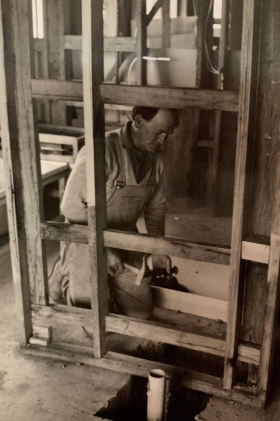 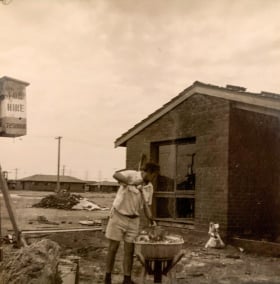 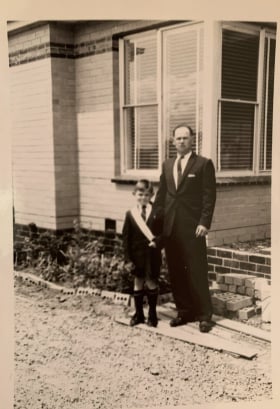 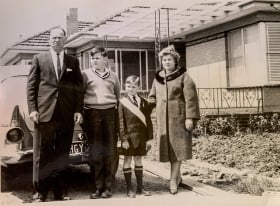 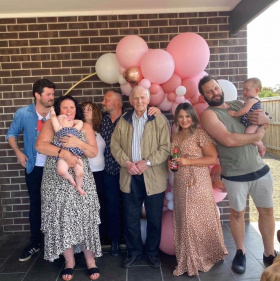