Closed captioned icon
View audio transcription
If you can't say anything nice, just don't say anything at all". That was the mantra. My real name was Mary Edna Bullen, B-U-L-L-E-N and then of course, when I got married, I took my husband's name. That was the usual thing in my time. I was born in the bush in a small country town called Warracknabeal in Victoria. There was very little traffic and hardly anybody owned cars. People used to go to church by buggies. Crazy! The doctor had a car. The publican had a car. And that was about it. You know, people just didn't have cars. You had to have quite a lot of money. Well, we didn't have a telephone at home. My father, he was a solicitor, he had a telephone in the office and if people wanted to get in touch with my mother, they'd ring up dad and he'd ring them back. Telephones in your home... very few people did. It was a luxury. If you wanted to ring you'd go to the local post office and ring from there. They used to have a big saucepan, you know, where you'd put all the clothes and they'd light a fire underneath and boil up the clothes with a wooden... Yes, that's it. Yes, I was born just at the end of the First World War and I came of age in the beginning of the Second. You know, 20...21. Joined up the Air Force and I thought, oh, I'll go in a plane, I'll do this, that and the other thing. I spent the rest of the time interviewing people to join the Air Force. I was stationed up at Martin Place and that's where I spent the entire war. When the air raid warning went off, we all traipsed out - I was in the flats at the time - we all went downstairs to protect ourselves from the enemy which was only a submarine throwing a few shells into the harbour practically. But I can remember there's a woman in front of me going down the stairs and she's a bit wobbly and I said, "Are you alright dear?" And she said, "Yes, love. I'm fine". Drunk as a lord. Well my father was a lawyer. He was a weird... He was weird, my father. He invested in land, and you didn't invest in land during a depression. But he did. You couldn't tell my father anything. But he was a real sweetie. And every time I think of him, you know, I'm happy because we just... I just loved him. That's a very difficult question. I think for one thing it's better, particularly for women You know for men, they were the dominant people and the women kind of went with them. Good ancestry. If you look back, my grandparents lived until they were in their 90s and in those days, that was very you know, very much unusual. Sometimes I lie in bed and I think and I think of what I've been doing and certain trips I've taken and that kind of thing, and I think "Yeah, I am lucky". Yes, to tell them that they're living in the best country in the world And I do think it. Oh...mmm? That's a question. Ah... It'll do one of two things... It'll survive and improve or it'll blow itself up. That's my feeling of the world at this present time and I don't think it'll blow itself up. I think it'll stagger on somehow.

"You live in the best country in the world"

Molly talks about growing up in the small country town of Warracknabeal which only had the one telephone. 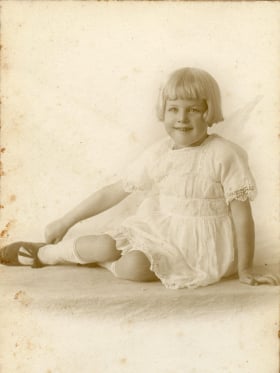 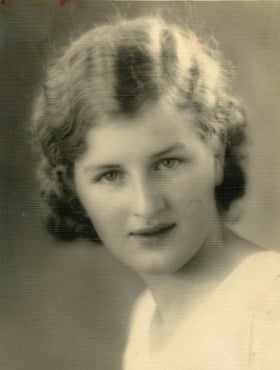 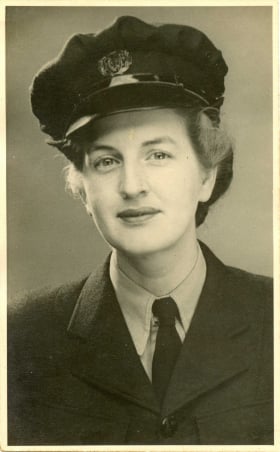 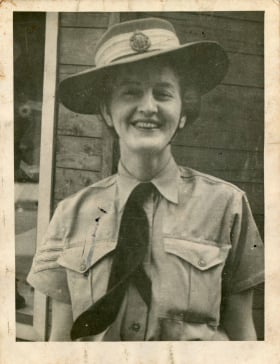 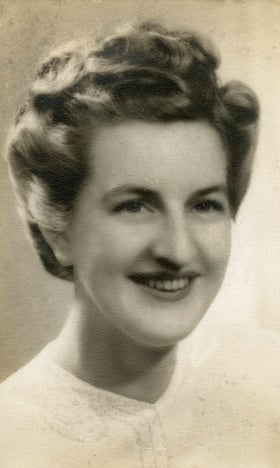 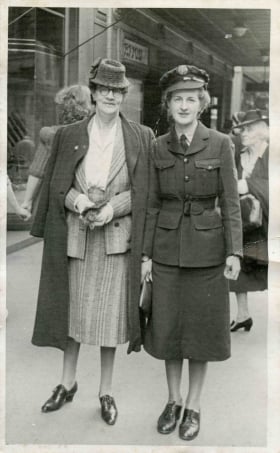 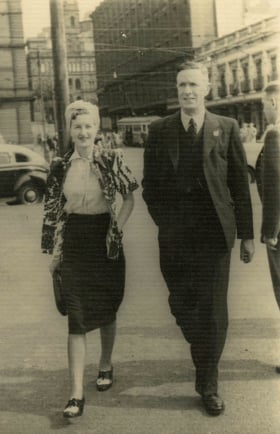 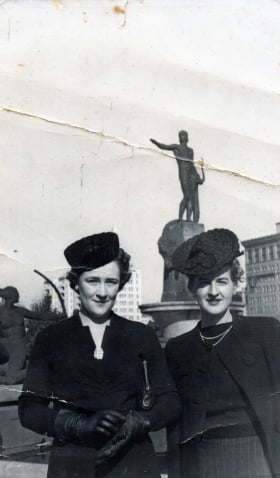 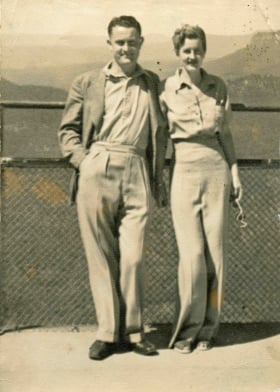 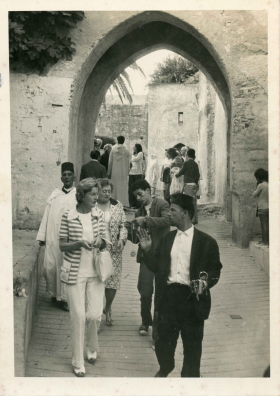 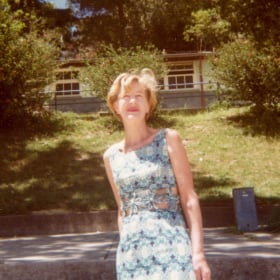 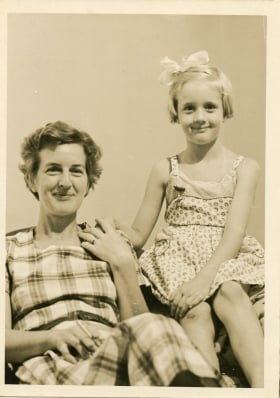 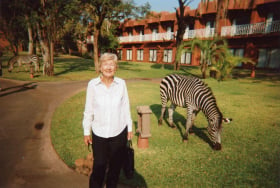 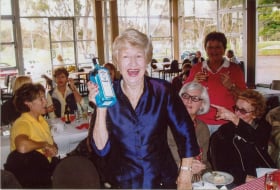 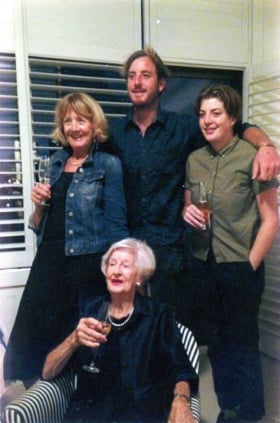 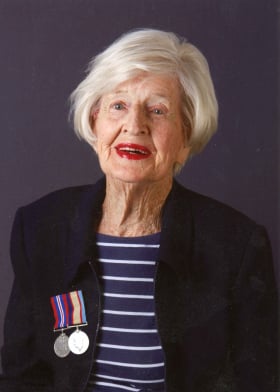